The world’s first national park, Yellowstone, was signed into law by President Ulysses S. Grant in 1872. Congress created the U.S. National Park Service 44 years later (on August 25, 1916), with a mission “to conserve the scenery and the natural and historic objects and wildlife therein, and to provide for the enjoyment of the same in such manner and by such means as will leave them unimpaired for the enjoyment of future generations.”

Over the past century, the concept behind what documentarian Ken Burns called “America’s best idea” has been applied to more than 6,ooo national parks in nearly 100 different countries around the world. For US-based travelers , whose disposable income and vacation time are tighter than ever, national parks offer a great return on investment in terms of nature, wildlife and outdoor recreation.

But not all national parks are created equal. Some are too crowded. Some fail to measure up to visitor expectations. Some are simply too remote to fit into most travelers’ budgets. Still, a “must-see” list of national parks would number in the hundreds, if not thousands. So consider this our subjective guide to the Top 10 National Parks in the World, and please share your favorites in the comments! 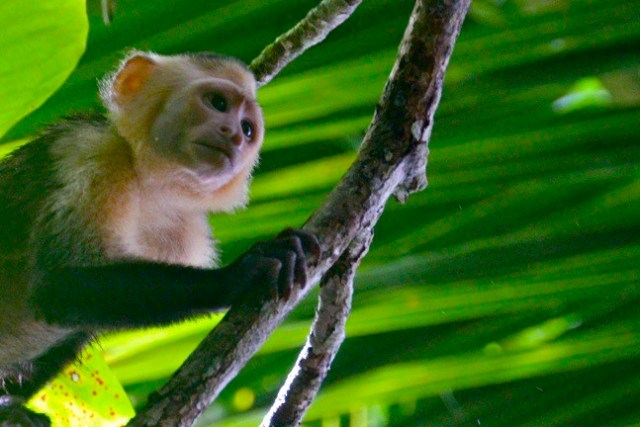 Referred to by National Geographic as “the most biologically intense place on Earth in terms of biodiversity,” this 164-square mile national park on the Osa Peninsula is Costa Rica’s largest. Within its borders are diverse ecosystems, including montane forest, cloud forest, prairie and mangrove swamp.

Just off the coast of the park you’ll find Caño Island, which offers exceptional snorkeling and Scuba diving opportunities. The protected waters are home to countless Sea Turtles, Dolphins, Sharks, Rays and even Humpback Whales, who come there to breed each winter. 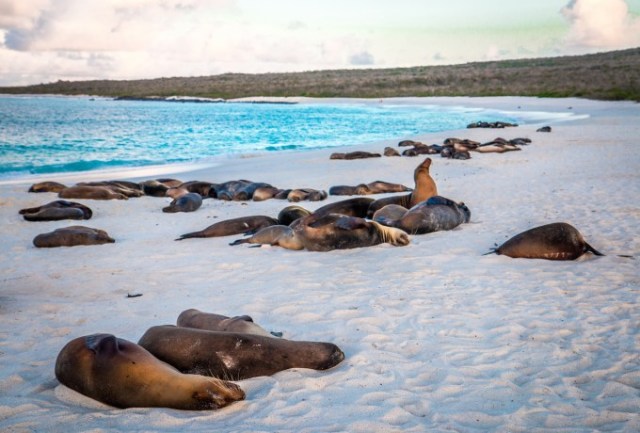 Named the first UNESCO World Heritage Site in 1978, this archipelago of volcanic islands 563 miles off the coast of Ecuador has fascinated mankind since Charles Darwin’s day.

The landscapes are dynamic and remarkably diverse, from the lush green flora of the Santa Cruz highlands (where the famed Galapagos Tortoise roams wild) to the harsh, alien lava fields on Bartolomé. It’s also home to some of the world’s most fascinating endemic species, from ocean-feeding Marine Iguanas to comical Blue-Footed Boobies and diminutive Galapagos Penguins.

This is the only place in the world where wildlife has virtually no fear of humans: Curious Galapagos Sea Lions swim right up to you, and birds such as the Waved Albatross and Flightless Cormorant nest right beside marked hiking trails. In short, it’s a must-see for anyone who loves nature and wildlife.

There’s a reason this age-old family favorite is the second most visited National Park in America, attracting over 5 million people each year.

It’s big– 277 miles long, 18 miles wide, a mile deep– encompassing over 1900 square miles. Considered one of the 7 Natural Wonders of the World, its resplendent colors are the result of 5-6 million years of geologic history revealed by the mighty Colorado River.

Tourists crowd the rim in summer, but hiking into the canyon reveals ecosystems ranging from desert to forest. In addition to wildlife such as Black Bear, Elk and California Condors, the canyon has historically been home to the Pueblo people, who consider it a sacred site.

Considered one of the 7 Natural Wonders of the World, the planet’s largest coral reef system is also one of its most endangered. This is in large part due to accelerated coral bleaching caused by global warming, and an increase of tourists eager to see it while it’s still relatively healthy.

The Great Barrier Reef is actually composed of over 2,900 individual reefs and 900 islands stretched out across an area of around 133,000 square miles. Located in the Coral Sea off the coast of Queensland, it’s home to 30 species of cetaceans, over 1,500 species of fish, six species of sea turtles, and around 125 species of sharks and stingrays.

The UNESCO World Heritage Site also includes mangroves and salt marshes on the coast, which provide fertile breeding grounds for saltwater crocodiles and frogs. Its islands serve as temporary or permanent homes to around 1.5 million birds (215 species) for nesting and roosting.

Established in 1936 (when it was known as Hailey National Park), India’s oldest national park was created to protect the endangered Bengal tiger. Named after the British/Indian hunter-turned-conservationist, the park was the first to come under the Indian government’s Project Tiger initiative.

Located in the sub-Himalayan state of Uttarakhand, the park’s 201 square miles includes diverse landscapes such as hills, rivers, marsh, grassland and a lake, with elevations ranging from 1,300 to 4,000 feet. Dense forest covers nearly 75% of the park, with 110 types of tree, 50 species of mammals, 580 bird species and 25 reptile species.

Corbett National Park is one of 13 areas in India and Nepal protected by WWF’s Terai Arc Landscape Program. In addition to the Bengal Tiger, the program aims to preserve flagship species such as the Asian Elephant and the Indian Rhinoceros by restoring forest corridors for improved migration between parks. 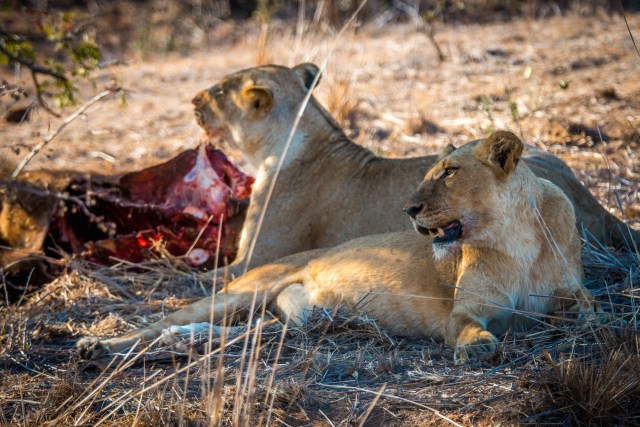 One of Africa’s largest game reserves, Kruger National Park covers over 7,500 square miles. It’s part of the UNESCO-recognized Kruger to Canyons Biosphere Reserve (3rd largest in the world), which encompasses over 4.8 million hectares of savannah, grassland and forest on the border with Mozambique.

South Africa’s oldest national park (est. 1926) is home to an exceptional array of animals, including 517 bird species, 147 species of large mammals, 114 reptile species, and plenty of rare wonders (including Black Rhinos and the gorgeous, but Critically Endangered, African Wild Dog).

The biosphere reserve, which was named a UNESCO World Heritage Site in 1987, contains over 1000 different species of birds (from Andean Cock-of-the-Rock and Hoatzin to Macaws and Spix’s Guan)– more than the United States and Canada combined! 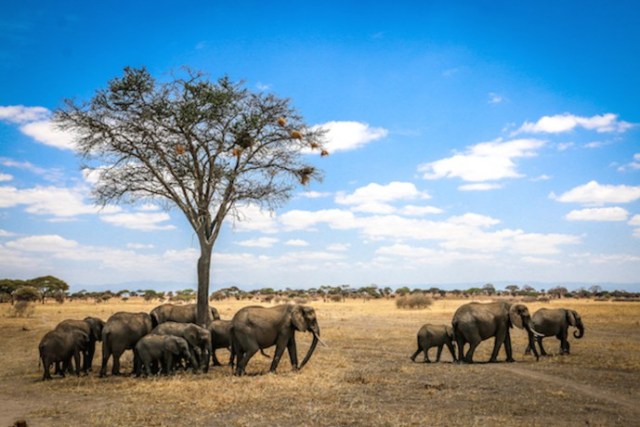 Though it’s not nearly as well-known as Serengeti National Park or the Ngorongoro Crater, Tarangire won our hearts thanks to the impressive array of wildlife we saw during our short visit.

The sixth largest park in Tanzania at 1,100 square miles, its key draw for animals is the Tarangire River, which becomes the area’s only source of water during the dry season. This may explain why the area has become a huge draw for Elephants, which we saw by the dozens during our 2015 visit.

The park has a number of other unique features, including massive Baobab trees, massive termite mounds that often serve as home to dark mongooses, and the famous tree-climbing lions. It’s also a major draw for bird-watchers, as the swamps on Tarangire attract one of the world’s most stunning arrays of breeding birds (over 550 species).

The only national park on this list that’s more focused on history and culture than nature and wildlife, Tikal is one of the largest archaeological sites of pre-Columbian Maya civilization. Located in a rainforest in northern Guatemala, it was declared a UNESCO World Heritage Site in 1979.

The massive city is obviously the main attraction here, but Tikal National Park also boasts natural wonders worth exploring. Part of the much larger Maya Biosphere Reserve, the park includes 57,600 hectares of wetlands, savannah, tropical broadleaf and palm forests that are home to Jaguars, Pumas, several species of monkeys and anteaters, and more than 300 species of birds. 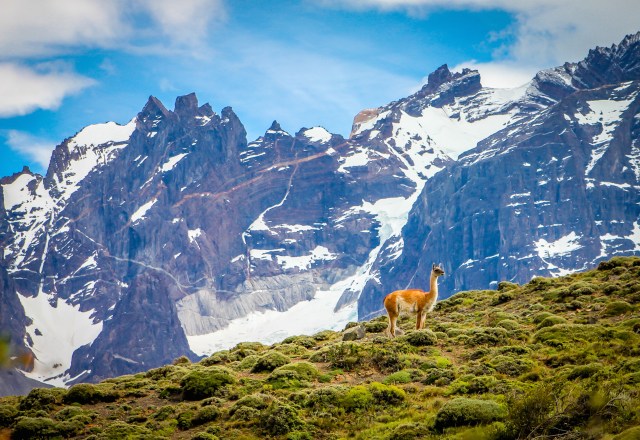 This gem in Chilean Patagonia is part of the Sistema Nacional de Áreas Silvestres Protegidas del Estado de Chile (National System of Protected Forested Areas of Chile). Encompassing 242,242 hectares and averaging around 150,000 annual visitors, it’s among the largest and most visited parks in Chile.

Its attractions are many. There’s the blue icebergs of Lago Grey that break off from Grey Glacier, part of the Southern Patagonian Ice Field (the world’s second largest contiguous ice field outside of the poles). There’s wildlife such as Foxes, Huemul Deer, Guanacos, Pumas and the massive Andean Condor. There is the archaeological history of the Milodon Caves, and ancient wall art along the Fauna Trail.

But the park’s most distinctive features are the three granite peaks of the Paine Massif, which rises 9,350 feet above sea level. The surrounding valleys, rivers and lakes provide the scenic foreground, but these “Towers of Blue” (for which the park is named) are Patagonia’s most majestic natural wonder.  –Bret Love; photos by Bret Love & Mary Gabbett unless otherwise noted 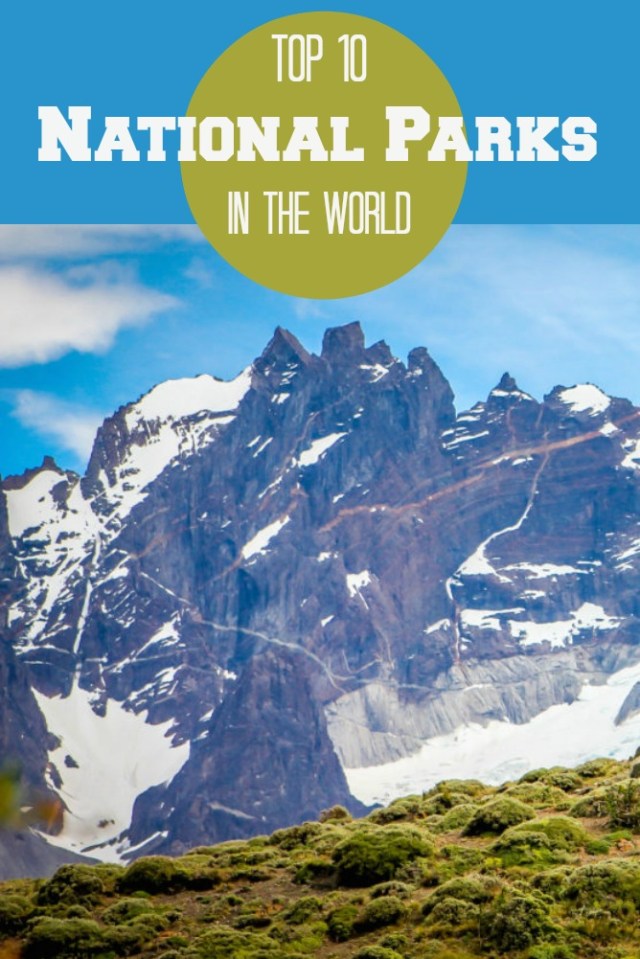 BIO: Bret Love is a journalist/editor with 23 years of print and online experience, whose clients have ranged from the Atlanta Journal Constitution and American Airlines to National Geographic and Yahoo Travel. Along with his wife, photographer/videographer Mary Gabbett, he is the co-founder of ecotourism website Green Global Travel and Green Travel Media.